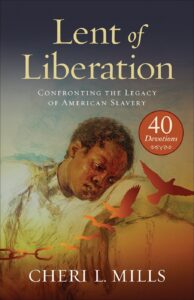 BSK student, Cheri Mills, has authored a second book. “Lent of Liberation: Confronting the Legacy of American Slavery ” is described as “a lenten devotional to empower you for the work of racial justice.” Cheri previously authored “40 Days of Prayer: For the Liberation of American Descendants of Slavery” which supported the Angela Project that recognizes the 400th anniversary of the arrival of the first slave on American soil, named Angela. Cheri has been a student at BSK since Fall 2017. BSK is so proud to support students like Cheri in the incredible work they do before, during, and after their time at BSK!

Pre-orders for “Lent of Liberation” are now available. You can pre-order through any of these three retail outlets: